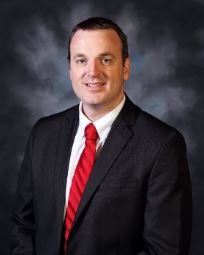 Family
I am married to Julia Beth, who is the secretary/bookkeeper at Webster Elementary.  We have two children, Conner (Class of 2027) and Evan (Class of 2031).  We attend Atlas Church of Christ in Greenhill, Alabama.  Julia Beth and I are both alums of Rogers High School and UNA.